The opportunity to secure a Central North Island sheep and cattle station ten minutes from the prosperous lakeside town of Taupo, rarely arises. Covering an expansive 800 hectares (more or less STS) of productive and profitable land, the farm enjoys impressive 360-degree panoramas across its pastures to the dazzling waters of Lake Taupo, the snowy peaks of Mt Ruapehu and Ngauruhoe and the distant Waikato and Bay of Plenty regions.

Of historical significance on the property are the substantial native bush copses dotted across the farm. A legacy of the virgin rainforests that once stood here, the largest tract at over 46 hectares, presents the perfect surrounds to isolate yourself from the world amongst the native flora and fauna and fallow dear.

As regards improvements and stock performance the catalog is comprehensive and of supreme quality. Accommodation encompasses three dwellings including a recently renovated four-bedroom family home with views. Utility buildings comprise a large workshop, four stand woolshed, tractor sheds, new calf rearing barns, with infrastructure including two water systems, an airstrip and covered and uncovered sheep and cattle yards. Blessed with 1600mm per annum of rainfall, and home of the celebrated Kiwitahi stud, the contour of this superb Central Plateau hinterland allows for 70% cultivation and is currently running 4000 Romney ewes and 330 Angus cows.

Broadly appealing to a range of discerning buyers seeking their own slice of productive Kiwi paradise, the Taupo region is described as the "Heart of Aotearoa" surrounded by world-renowned trout fishing, hunting, golf courses, National parks and other hotspots. Kiwitahi Station is a vital part of the lifeblood that pumps through its veins. 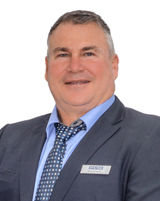