An iconic block of land in south-west Hamilton, which has hosted club rugby matches for more than half a century, is now up for sale.

The seven hectares of land at Stan Heather Park in Deanwell (Saxbys Road) presents a unique opportunity for new residential development in this family-friendly suburb.

Hamilton Rugby Union is selling its sports grounds at the park, which it has owned since 1953, and is seeking offers by tender.

This is an iconic piece of Hamilton land where a lot of memories have been created over the years ... many sporting dreams have been shattered on those rugby pitches.

Hamilton City Council's draft district plan intends to rezone Stan Heather Park for residential use. The council is seeking feedback on the draft plan until June 1 and a formal consultation period is likely to begin in August 2012.

The site could potentially accommodate about 80 medium-sized residential sections.

Any potential new housing development on the site could appeal to older people, families and first-home buyers because of its convenient central location. Saxbys Road is only 3km from Waikato Hospital, 5km from the CBD, and 12km from Hamilton International Airport.

Local residents enjoy access to a nearby supermarket in Glenview, great transport links, and lovely parks at Resthills and Deanwell.

The council says any proposed residential development would be subject to planning conditions, such as providing a neighbourhood park and reserving gully land for public recreational use.

Meanwhile, Hamilton Rugby Union is working with the council to identify alternative council-owned parkland to cater for junior club rugby, which has experienced growth since the 2011 Rugby World Cup.

Hamilton Rugby Union is committed to keeping the grounds open this season and part of next, but will vacate the land by 1 August 2013.

The first rugby matches were played at Stan Heather Park in 1959. The remodelled sports ground was officially reopened in 1973 and named after former New Zealand Rugby Football Union (NZRFU) president Stan Heather, who died that year, to honour his significant contribution to rugby as one of the city's top administrators and referees. 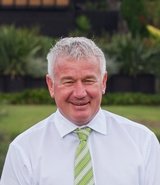 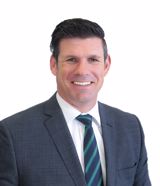