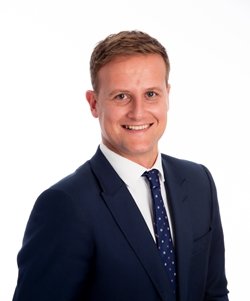 National Director of Valuations and Advisory

Carl Waalkens is Bayleys National Director of Valuations and Advisory. Alongside the executive leaders, Carl is responsible for the continued growth, support and leadership of Bayleys Valuations across all Bayleys offices, nationally.

Carl has gained national and international experience in a wide range of predominantly commercial and industrial assets, with a particular focus on the Auckland and regional North Island industrial market. He has been involved in a number of major commercial and industrial transactions that has seen him build a wide understanding of what drives value, as well as building strong relationships with institutional, corporate and private clients. Other areas of expertise include, valuations for insurance purposes, as well as rental negotiation including arbitration.

Carl graduated from the University of Auckland, with a Bachelor of Property and gained registration to the New Zealand Institute of Valuers in 2012. He is also a member of the Property Institute of New Zealand and is recognised as a panel valuer by all major banks in New Zealand.