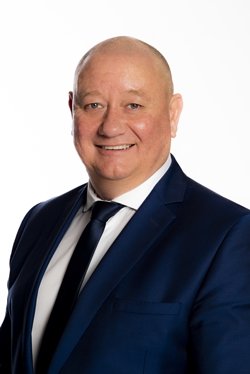 Drawn to the real estate industry by a personal love of property, Craig is passionate about his career and gets immense satisfaction from achieving great results for his clients.

As a highly-valued member of the Mairangi Bay team, Craig specialises in residential sales, with a focus on delivering a level of service and results that exceed his vendors’ expectations. Integrity, honesty and client care are central to the work ethos Craig has built his reputation on.

Craig’s keen interest in property began several years ago, and he has subdivided and developed a number of properties. This experience has equipped him with a sharpened ability to identify potential in property and he has a clear understanding of his clients’ requirements.

It’s important to listen to clients, realise their individual needs and communicate throughout every step of the process, says Craig.

From a background in buying and auctioneering livestock for 10 years, Craig is a real people person and has developed the skills to value, negotiate and finalise deals - crucial attributes for a real estate salesperson. He has also owned and managed two Subway franchises, which were consistently ranked among the top 30 of New Zealand’s 168 stores, and run a seafood business, which won several awards. These roles, in addition to owning a hotel for nine years have taught Craig the important of customer service and hard work, regardless of the industry.

Craig knows Mairangi Bay extensively and he appreciates the strong community spirit that defines the area. He brings local knowledge and a strong network of contacts to his role through his involvement in a number of local organisations including Mairangi Bay Surf Club and East Coast Bays Rugby.

In addition to family and property, Craig is passionate about training and breeding thoroughbred horses, which he previously did for several years and produced a number of high level winners, which were sold internationally.