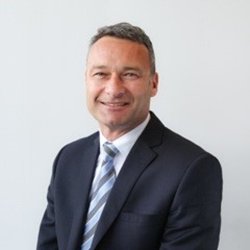 Curtis was raised on a dairy farm north of Morrinsville before attending Lincoln University and graduating with a Bachelor of Commerce degree - majoring in Valuation and Property Management.

Following University, Curtis joined Knight Frank in Hamilton and worked for eight years in the areas of valuation, property management and providing a range of property consultancy services. This then led to a new role as Regional Property Manager with the NZ Transport Agency (previously Transit NZ) based in Hamilton, looking after the property acquisition, management and disposal contracts for the central North Island. During this time, Curtis completed a Post Graduate Diploma in Management at Waikato University.

After nearly nine years with the Transport Agency, Curtis then took up the role as Business Manager for Property Services for ten years with Opus International Consultants (now WSP-Opus), based in Hamilton. This was a leadership role managing a team of 25 property consultants working in the areas of Asset Management, Facilities Management, Building Compliance, Project Management and Property Consultancy. While in the role, Curtis also managed the lease negotiations for the Opus offices in the Waikato, BOP, Gisborne and Hawkes Bay regions. Over a period of 3 years, Curtis from time to time filled in as Acting General Manager for the Auckland/Hamilton offices.

Curtis joined the Commercial Property team at Bayleys Hamilton in late 2018. His mantra at work is to always strive for excellent results for clients while also developing long standing positive relationships. Curtis lives in Hamilton, enjoys travelling and all sports, and has two teenage daughters, Amy and Jessica.