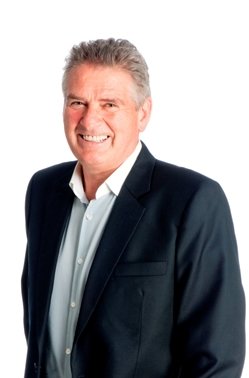 You know you're in very capable hands when you choose Andrea and Duncan Ritchie to sell your property.

Having accumulated over $400 million settled sales and been involved in over 600 transactions since the year 2000, they have a formidable knowledge of the real estate market and they talk realistically about what is happening now - as well as what's trending. Clients rely on them for their well-informed conversation.  And they earn respect for their straight-forward advice based on facts rather than opinion.

Because the market is always changing, Andrea and Duncan constantly re-evaluate their marketing strategies to ensure vendors gain the best opportunity to sell in the current market. There's no one set formula - their marketing depends on many variables.  They work in a very considered way towards a resolution that's comfortable for both vendors and purchasers.

Andrea and Duncan take pride in offering a more personal way of doing business. For them, it's not just about the current deal.  Only by building close, long-term working relationships can they help clients understand the intricacies of the highly volatile real estate market.  It's all about helping to set goals to achieve more rewarding outcomes.  No wonder they get many referrals and repeat business.  When they sell a property to a client, they tend to become a client for life.

Like a well-oiled machine, they have excellent systems to ensure the sales process is as smooth as possible.

Andrea and Duncan don't just sell houses. Their service is multi-faceted rather than one-dimensional.   They're experts at project marketing; apartment sales - both freehold and leasehold and even leaky buildings.

Andrea and Duncan have built a huge reputation as an elite professional team with a collective 38 years experience. For a higher level of service and exceptional results - call Andrea and Duncan today.

2010/2011     No. 13 Bayleys Salesperson nationally out of 800 salespeople across residential, commercial and rural sectors

2009/2010       No. 5 Bayleys Salesperson nationally out of 700 salespeople across residential, commercial and rural sectors