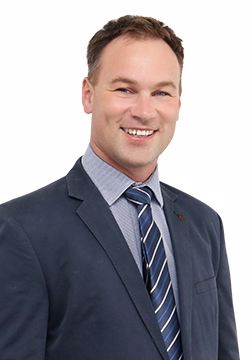 Born and bred on his parent’s farm in Gisborne, Stephen Thomson, who is of Ngati Porou descent, has over a decade of experience as a local agribusiness consultant that has afforded him an intimate knowledge of the district, its farms and its people.

Stephen has worked with several Wairoa and East Coast-based Maori Incorporations and Trusts and alongside some of the region’s best owner-operators and large corporate farms, building a huge network of contacts both locally and nationwide.

Over the years, Stephen has developed a wide skill set, from feed and financial budgeting to consent applications and governance work. As well as having a strong pastoral background, Stephen also owns an orchard and has extensive horticulture contacts throughout the country.

Committed to continually upskilling, Stephen keeps his finger on the pulse of the industry and region. He has a firm understanding of what brings value to a property, and how to get the best result. Thriving on connecting buyers and sellers and helping his clients reach their end goals, Stephen is excited to embark on his career in real estate and is driven to succeed.

A down-to-earth, honest, and reliable character, Stephen is backed by the Bayleys Gisborne team and the wider Bayleys network, as well as an arsenal of clever marketing tools designed to maximise reach for his clients.

Outside of real estate, Stephen is equally committed to his communities. In 2018, he founded “Surfing for Farmers,” in acknowledgement of the enormous pressure felt by many farmers in the current work environment.  Surfing for Farmers is in 16 locations throughout Aotearoa and is all about getting the farmers off the farm for a couple of hours each week to unwind and have fun with peers. A barbeque and catch-up is an important part of the programme which has gone from strength to strength. The initiative speaks volumes. In 2020, Stephen was recognised for the incredible work he has achieved with the Surfing for Farmers initiative, where he received the Small Community Award at the REINZ awards ceremony.

Stephen has served on the Federated Farmers Committee for three years; is a long-term executive member of the Poverty Bay A&P Association, and past president of Ngatapa Rugby.  He enjoys fishing, hunting, surfing, water-skiing and getting hands-on action at his parent’s farm.