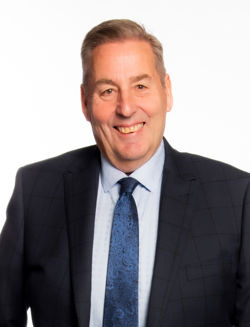 Paul Dixon has been a very active and hugely successful commercial real estate broker for Bayleys Real Estate for over fourteen  years. He is consistently a high achiever and top performer year on year.

Paul also holds a very senior role in the Commercial & Industrial Team as Director of the Hotel and Tourism team. His prime responsibility is the development of the Bayleys full service Hotels Agency business throughout New Zealand.

Paul continues  to drive his commercial business whilst maintaining a consistent client engagement and relationship commitment amongst his NZ wide client base and has also become is an industry leader in the sales and marketing of hospitality assets.

During his tenure at Bayleys Real Estate Paul has built a strong reputation in the marketplace through exemplary performance, peer respect and an overall credibility within the Hotel sector Commercial/Industrial/ as being the best of the best.

Paul’s track record with clients has been a rewarding one especially as he has successfully managed major corporate account acquisitions and divestment of large property portfolios and also managed mission critical receivership sales with notable accounting firms.

He is also known for being able to take on those difficult projects that most agents would decline because he thinks three dimensionally and has the ability to get the tough deals across the line.

Paul’s marketing skills are second to none, exemplified by continually winning marketing awards for excellence within Bayleys New Zealand. His awards for the Soul Bar and Bistro, Bell Tea Portfolio, Silver Oaks, and Matua Vineyard and also being the winner of three major PR awards within the Bayleys structure, hold him in high regards as a sales and marketing champion.

Paul’s self-expectations are very high, unleashing a platform to create superior client outcomes. He focuses on best practises and supreme service for his clients.

Outside of work Paul was a very successful Triathlete competing in many endurance events such as Ironman in New Zealand and overseas. Paul competed at the World Champs in Kona Hawaii in 1985 and 1987 representing New Zealand. He has finished over 50 marathons and many other long distance running and swimming endurance events.