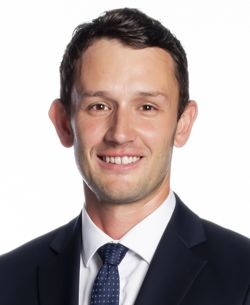 Jean-Paul Smit’s part of the very successful Bayleys Auckland City & Fringe Commercial Team, which he has been apart of since graduating from the University of Auckland with a Bachelor of Commerce, majoring in finance and economics.

Jean-Paul believes that hard work in addition to developing and maintaining strong client relationships are the key to any transaction and he is driven to prove himself in this industry. It is this attitude, complemented with a fresh forward thinking approach in which Jean-Paul will use to achieve his goal of becoming one of the top commercial agents in Auckland.

Jean-Paul was captain of the Auckland Grammar Rowing Eight where he rowed with and competed against a number of current Olympic athletes. He has also trained as a competitive kayaker, again training alongside well known Olympic athletes. It is these experiences where he has developed a strong competitive nature and is not afraid to take on a challenge. In the summer he is a surf life saver for Piha SLSC and often competes for them in the surf boat rowing.

Jean-Paul’s other interests include rugby, golf and cycling.