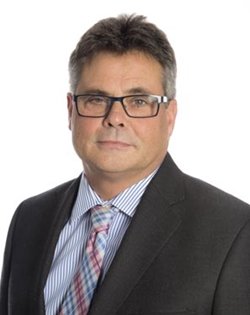 Across all markets, Mike Houlker has been involved in several billion dollars’ worth of sales and leasing transactions, and has consistently been one of Bayleys' top performing sales people over the last three decades.

Since joining Bayleys in 1986, Mike Houlker has had roles in sales and management in Wellington, Sydney and Auckland. His ‘cut-to-the-chase’, plain language, practical approach to all property matters has gained him not only respect in the industry, but also huge repeat and referral business.

As an integral part of the Bayleys’ commercial and industrial team in Auckland, Mike also works with Bayleys’ wider agency network all across New Zealand and project manages a large number of national and international marketing campaigns on behalf of Bayleys’ clients.

Mike is also the head of Bayleys syndication and investment products division, and qualified as a financial advisor. Bayleys provides investors opportunities to access premium, high-yielding commercial and industrial property offerings with forecast returns paid monthly. Investment amounts range from the minimum ($10,000) through to the millions.

Working in conjunction with one of Australia’s leading and largest property fund managers, the ASX listed Centuria Capital, Mike has project managed the marketing of more than 70 syndications and property funds over the past 18 years - with a total property value in excess of $2 billion.

Recent syndications and property funds that Mike has project managed the marketing and selling of include two of New Zealand’s largest - raising approximately $190 million of investors’ equity over two stages for Augusta Industrial Fund Limited and the new $109 million equity raise of Visy Glass Industrial Property in Penrose, Auckland.

For further information on Bayleys Syndication & Investment Products go to

A selection of Mike Houlker’s recent commercial and Industrial transactions throughout New Zealand include: