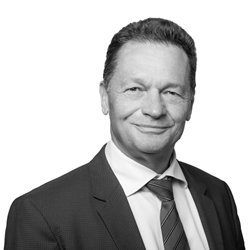 Gordon is a qualified valuer (but no longer holds registration), with considerable experience in both professional services and agency areas, specialising in Hotel and Leisure transactions and consultancy.

Prior to joining Bayleys, he began his career as a cadet valuer with Housing Corporation of New Zealand, joined Palmerston North City Council as Assistant City Valuer and then began practice as a registered public valuer with S. George Nathan & Co.

He then set up practice as GR McGregor and Associates which became McGregor Sellars & Co. a well-regarded valuation firm. This company was sold to an International Real Estate company and Gordon headed the Wellington sales team in 1990 before moving to Auckland at the end of 1996 to take advantage of the larger market.

He co-founded Resort Brokers Limited and after 18 years of operation this business was sold to Bayleys.