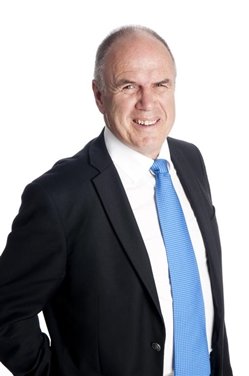 Stephen has had an extensive real estate career spanning a constant 26 year period.  He became the No1 salesperson for Harcourts Wellington city before becoming a manager and then franchise owner of three Harcourts offices in the eastern suburbs of Wellington.  His offices reached top 10 status within the group of over 120 offices nationwide.  He progressed from there to become regional manager of the Challenge Group, his region becoming the fastest growing group in the network which by this time had become Australasian wide and been rebranded to L J  Hooker.  From there he became the national franchise manager and built the network to unprecedented heights.

Before Stephen became involved in real estate he was a professional golfer for 13 years playing locally and overseas. Stephen was head professional at the Taupo Golf Club and was the driving force behind the creation of a new golf circuit both in that area and the Mid – Canterbury area of the South Island. He still plays of a 4 handicap and is currently teaching a young 8 year old who will represent NZ in the World Under 8 championship in Pinehurst and Las Vegas Country Clubs.

Stephen has been a salesperson with Bayleys Real Estate, Takapuna branch for the last 5 years working alongside his wife Victoria who have been the Top Realtors for the company in the last 4 years and been in the Top 10 agents for the Bayleys Group of companies. Over the years Stephen has gained experience in all facets in real estate including a stint with the commercial operation and has sold in the main properties of high value and properties that have involved subdivision or have been special projects. He has always had a bent to sell character homes, is a heritage lover and currently lives in a character double storey bungalow.

Stephen is an active member of the Waitemata Golf Club and sponsors the Wednesday Golf Section every week so as to put something back into the community.  A resident of Devonport for 7 years Stephen lives in Mays Street with his wife Victoria and 3 children who all attended Takapuna Grammar.

Stephen’s ethos has been to always strive to attain the best result for his clients but in particular to maximize his vendor’s real estate asset. He has always been a thorough “professional“ in all senses of the word.

The Lion on Zion