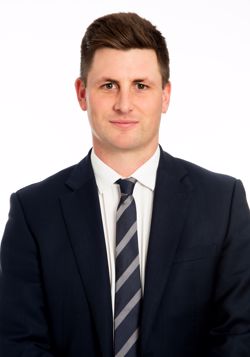 Having studied and worked in design & marketing, Alister boasts an exceptional eye for detail which his clients no doubt benefit from. Furthermore, in 2015 Alister co-founded a successful retail packaging company which he sold out of 2020 to pursue his dream carer in commercial real estate.

An entrepreneur at heart, Alister understands business, has a strong desire to succeed and most importantly, has personally experienced being on both sides of numerous property transactions. This enables him to understand key drivers of both tenant and landlord to ensure effective negotiation. His strong interpersonal skills allow him to manage the needs and expectations of different stakeholders to achieve what is needed.

Alister was a senior member of the Auckland Grammar 1st XV and went on to represent Auckland in age grade rugby. He now harnesses that competitive nature not just in the property market, but on the golf course where he plays to a single figure handicap. When time permits, Alister also enjoys traveling and cooking delicious food for his friends and family.