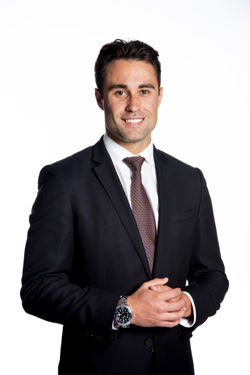 The appointment of George Yeoman to the role of National Auctioneer is another visionary step for the Bayleys Executive.

Identified as an early talent, at 20 years old George was recruited during his university studies in property.  He has since been trained extensively in auctioneering, being mentored by the award-winning Bayley’s auction team.

George is now shining in his own right and calling auctions full-time, holding his own against industry veterans.  He regularly conducts auctions for charity.

George was acknowledged as a Rising Star at the 2019 REINZ auction championships dealing with the most complicated bidding sequences.  He conveys an approachable manner in the auction room to encourage buyers.  With subtlety and suspense, his bidding style encourages hearty competition to extract the highest value for vendors.

George has always enjoyed performing arts and public speaking and finds auctioneering to be the perfect repository for his combined skills.  His passion for his work is infectious.

George Yeoman is a on trajectory for success; it is certain he will enjoy a long and prosperous career.