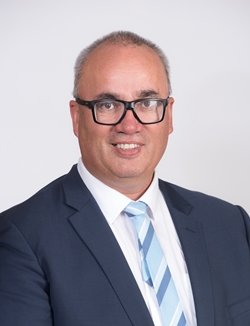 Jim Wana has honed his skills in real estate after successful business and sporting endeavours throughout his career.  With over 12 years’ experience in commercial real estate, Jim has become one of Wellington’s perennial agents with all things retail having worked with well-respected tenants and landlords.  His skill set services both the local operators and international, well-heeled tenants together with many developments for the likes of Willis Bond and Co.  This has led to several successful project leasing developments and strip retail successes.  Jim has not been limited to Wellington, having completed deals outside of Wellington and including deals in Auckland’s Queen Street and High Street locations.  More recently, Jim successfully leased the former Top Shop stores in both Auckland and Wellington.

Being a high achiever has always been a part of Jim’s DNA.  He represented the New Zealand Black Sox from 1988 to 2004 as a player and World Champion and now forms part of the Coaching staff of that team with further accolades in winning the 2017 World Championship.  He also played fastpitch softball in the USA for 10 years and after that set up five Subway stores from 1997 when the brand first reached New Zealand shores.  His experiences make him a competitive and high achieving agent who serves his clients well.

Jim holds a Bachelor of Commerce Degree from Victoria University and he is handy on the golf course. Outside of work, Jim enjoys time with his family, kids sport and his role as pitching coach with the New Zealand Black Sox.