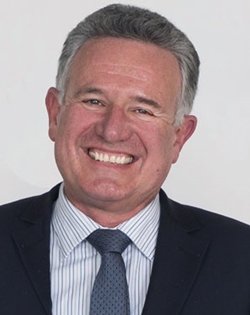 Jon Pottinger specialises in commercial and industrial leasing and sales in the Johnsonville, Tawa and Porirua areas.

His client-focused service ethic was honed during a 30-year career in the very competitive service industry, predominately in the automotive field. Jon established Powerhaus on Tinakori Road in Wellington and grew it into the capitals leading independent automotive sales and servicing business specialising in Porsche and other European marques.

With many years’ experience both as a tenant and owner of commercial real estate himself, Jon understands the dynamics involved in negotiating practical leases and securing a sale. His pragmatic approach to the business basics is complemented by his easy manner and rapport building skills which help in sealing deals.

The Johnsonville and especially the Porirua markets are evolving and in the case of Porirua are growing fast. Jon has a good grasp on the fundamentals of these areas in terms of the existing opportunities, future needs, and development options from both a sales and leasing perspective.

Bayleys Wellington recognises that Porirua and the Northern corridor suburbs are currently areas providing great opportunities for growth, and that their presence in those markets is strengthened by Jon’s continued activity across both the commercial and industrial spectrums.

Jon has now been actively working in the area since 2010 and been involved in many both large and small sales and leasing transactions. He knows all the major landlords and property owners and has cemented his reputation as the go-to Porirua specialist.