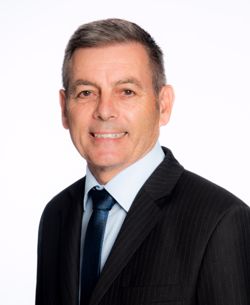 He has specialised in selling and leasing predominantly in the North Harbour industrial area however has successfully negotiated property transactions throughout the Auckland region.

Laurie has transacted in excess of $300,000 in sales and leasing over this period, finding himself in the top 20 for the entire Commercial and Industrial Bayleys network on numerous occasions. He has also ranked as one of the top five salespersons for the North Shore commercial office for the past five years.  Laurie works diligently to achieve the best possible outcomes for his clients which is a testimony to his past results.

Laurie’s philosophy is to work in partnership with his clients and not just to lease or sell property. He believes that where possible he can assist his clients on a referral basis benefiting  all concerned. This has helped him forge strong relationships with his clients.

Laurie has a senior role at the North Shore office as Associated Director and manager of the Industrial  Team.

Outside of Real Estate Laurie has an interest in politics, golf and is very family focussed with nine grand children that keep him very busy.

A and B/36 Arrenway Drive, Albany