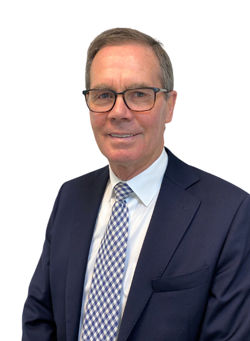 Karl joined Bayleys in 1995 and has now been involved in commercial/special projects real estate based in Palmerston North for many years.

Karl has been Palmerston North’s leading commercial salesperson having built a large loyal client base during this time. Karl’s move to Bayleys has enhanced and strengthened Bayleys commitment to real estate in the Central North Island. Although specialising in commercial property the last few years have seen Karl involved more and more in special projects.

These special projects range from; the sale of 101 Housing New Zealand properties in Wanganui, sold in one parcel; to stately homesteads of the Wairarapa; and large farming operations, to commercial properties that require specialised marketing and handling. This niche marketing provided by Karl and his team has been very effective and well received by the marketplace and the results very pleasing to vendors and clients.