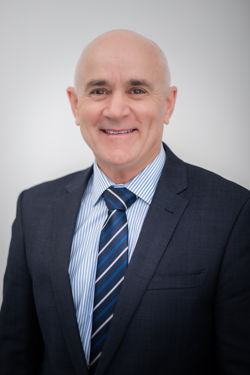 Dickie commenced his real estate career at the beginning of 1986. He is an associate member of the Real Estate Institute of New Zealand and has worked continually in the real estate industry. He has a time tested reputation as a successful salesperson, manager, mentor and business owner.

In 2001 Dickie commenced working for Bayleys, specializing in the sale of economic farming units, waterfront and large lifestyle properties. During this time Dickie was involved in the marketing of many high profile properties. He has won the prestigious National Bayleys Marketing Award and was Bayleys Tauranga Country Salesperson of the year several times.

In 2006 Dickie was appointed Branch Manager of Bayleys Tauranga where he manages the branch and also directly manages the residential sales team. Dickie is also the Licensee for Success Realty Limited which has offices in Tauranga, Mount Maunganui, Rotorua, Hamilton, Cambridge, Matamata and New Plymouth.

He is the Tauranga Ambassador for the Real Estate Institute of NZ and a past Trustee of Moana House, an Aged Care facility in Whangamata. Up until the 2019 School Board of Trustees elections Dickie was the Chairperson of the Ngamuwahine Trust that administers Ngamuwahine Lodge, Tauranga Intermediate Schools Outdoor Education facility and was Chairperson of the Tauranga Intermediate School Board of Trustees.

He believes in the importance of building strong relationships with his administrators and salespeople as well as clients and customers. He is passionate about the Bayleys brand and what the brand stands for. Personal highlights in Dickie’s career to date was being awarded the “Bayleys Way” award at the Bayleys 2014 annual awards. This is a national staff recognition award and being named Bayleys National Sales Manager of the Year at the 2016 annual awards.

His experience and success at every level of the industry and his ability to pass this onto his people, is one of the many reasons why people want to work with him and be a part of his team.