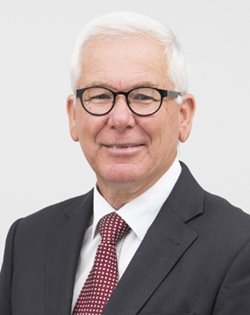 Gary has had a long association with Bayleys, having previously been the Northland franchise owner and running a strong and successful real estate business.

Gary’s passion for the brand and auction marketing saw his team win numerous awards over the four offices under his ownership, the most prized being in 2004 when he became the first franchisee recipient of the The Graham Bayley Award.

Having now stepped away from business ownership, Gary accepted a role as part of the Macky’s Group Governance team, assisting with Special Projects and with over 20 years auctioning experience acts as Head Auctioneer.

Gary resides in the Matakana district with his family.