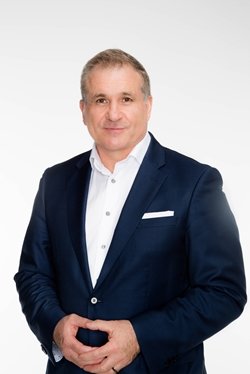 Trust, integrity and the occasional honestly held opinion are the pillars on which Hamish McKay has built a successful career.

A communications specialist, Hamish’s decades of skill and experience transfer seamlessly to the team at Bayleys St Heliers.

Prior to joining Bayleys, Hamish spent almost 25 years working in the media industry, and is most widely known for the nine years he spent as the main sports presenter during the evening news on TV3. He was also a leading commentator during the Rugby World Cup coverage in 2007 and 2011.

Hamish believes success is built through hard work where the greater the input, the greater the rewards will be. A relatable personality, he thrives on meeting and working with people from all walks of life.

Hamish loves working in the Eastern Bays and Auckland Central, where he has lived for almost quarter of a century. “These are family orientated communities with outstanding schooling. Although we are seeing a younger feel to the community, the Bays remain popular with retirees and those who have stayed on in their family homes."

“My established network of trusting relationships in the wider community built up through my many years of working in the media have ensured I’ve hit the ground running with Bayleys.”

Aside from Real Estate, Hamish often lends his talents as a Master of Ceremonies at charity and school events. He is also a regular MC and speaker at corporate events.

In his spare time Hamish enjoys time relaxing and traveling with his wife Sarah and three children and is a loyal West Ham United Football Club supporter. He also has a love for horse racing along with social tennis and cycling.