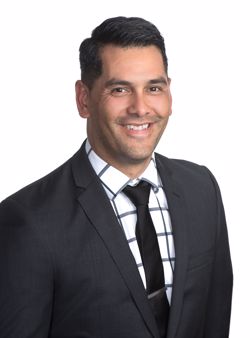 Ike Unsworth brings a wealth of knowledge and experience to his role as a licensed real estate salesperson, specialising in lifestyle and country properties with the highly respected Bayleys Real Estate brand.

Ike is from a reputable farming family who have an extensive history reaching back over more than a century farming in the Bay of Plenty region. His rural upbringing underpins the significant credibility and expertise Ike brings to his professional role, both in marketing, and selling, lifestyle and country properties.

Ike’s earlier career was dominated by roles in farm management, agricultural contracting, and manufacturing - all running in tandem with his considerable investment and involvement in show jumping and the equine industry. Ike transacted numerous sales of high value horses, selling show jumpers into North America and Europe.  A down to earth guy, who loves animals, and the Kiwi outdoor lifestyle.  Ike is still very much involved in the equine industry and continues to operate a successful boutique breeding and competition operation.

Reinforcing this pedigree, Ike conducts his real estate business with the same high-energy drive, competitive approach, a focus on quality and innovation, and delivering a first-class client experience. Since he launched his real estate career in 2016, Ike has secured outstanding results in a sector of the market where he is already highly regarded. His approachable, down-to-earth manner puts owners at ease. They are reassured that they are in safe and capable hands when they entrust him with their properties, and their livelihoods. It’s a commitment that Ike takes seriously.

By harnessing the power of the systems and resources of the Bayleys group, Ike taps into one of the largest field-specific databases and associated networks in New Zealand. Countless numbers of his buyers and sellers have been the beneficiaries of this.  You'll like Ike.