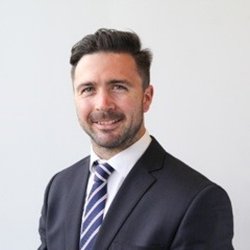 Following university James joined the engineering consultancy MWH (now Stantec) in Christchurch and worked for two years on multiple major projects including a Fiji bridge replacement programme and was one of the lead designers and network modellers for the Central Plains Water Irrigation Scheme in Canterbury. James then transferred to the MWH Hamilton office where he worked on secondment into Hamilton City Council as a Project Manager for the Water and Waste Team for a year.

After three years in the engineering industry, James took an opportunity at Pinpoint Properties as a Facility and Asset Manager based in Cambridge. When Pinpoint Properties merged with Bayleys in October of 2018, James joined the Commercial Property team at Bayleys Hamilton in a similar role. James works part time with Bayleys as he is also the Head Coach of Rowing at St Paul’s in Hamilton which takes up the rest of his time.

James lives in Cambridge and when he’s not in the office or at rowing, he’s most likely out riding his bike on the beautiful Waikato roads.