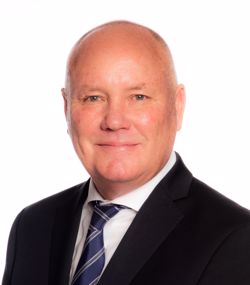 Layne is Auckland based, is a Director of Bayleys Capital Markets and is one of New Zealand’s most successful brokers, in the corporate office sector. Major cross border deals include to Deka Immobilien ($146m) and Morgan Stanley ($91.3m), with all transactions completed totaling over $750m. He has over 30 years’ experience in the commercial property industry within New Zealand and is a qualified valuer.

Layne is a New Zealand representative yachtsman and has two teenage daughters.

Acted for Mansons TCLM in the off-market sale of 27 Napier Street, Auckland, a new office building sold to local private interests for $63,000,000 in 2014, at a new benchmark yield at that time.

Acted for Dexus Australia in the marketing and sale of The Lumley Centre in Auckland with the wider Asia Pacific Knight Frank team. The trophy office property was sold for $146,000,000 to German fund, Deka Immobilien. It was the largest single office sale in New Zealand for 20 years, as at 2015.

Acted for Neil Group, a private NZ developer, for the formal marketing and sale of 8 Nugent Street Auckland, a high-quality business park asset - sold to local listed entity, Argosy Property for $41,000,000 in 2015.

Acted for the vendors of the 100-year-old Muriwai Downs Farm in west Auckland. The 500-hectare farm had been owned and farmed since 1919 by five generations.