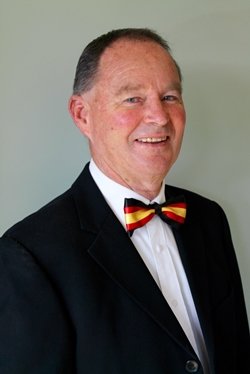 During his 27 years in real estate, Mike Fraser-Jones has become somewhat of a legend in rural property. Mike’s extraordinary achievements have seen him settle over one billion dollars’ worth of dairy, dry stock, equine and lifestyle units – a feat achieved by few across the property sector.

Consistently a top rural salesperson nationally and performing in the top 5% of Bayleys’ agents nationwide, Mike has achieved a long list of accolades, and he continues to soar.

What’s at the heart of Mike’s success? First, he is a man of the land. Mike has been involved in farming since he left school and went milking. He is a seasoned Waikato farmer, who despite the demands of a busy real estate business, is still actively involved in farming.

Mike’s appreciation of the rural market – locally and nationally - is matched by his understanding of the rural mindset. Recognising the challenges facing the farming community, he has a finely tuned ability to grasp the needs of his clients providing a surety and confidence that earns respect and builds strong and lasting partnerships. Despite market fluctuations, he always maintains an optimistic disposition.

Mike evinces humility in the face of continued success because his focus is on satisfying his client’s needs. There is integrity and commitment underpinning all his undertakings.

With an uncanny ability to spot opportunity, Mike is entrepreneurial, tenacious and never shirks hard work. He has grown a solid support team who share his ethos and work with him to anticipate and accommodate client needs, working at the highest level of best practice marketing, compliance and confidentiality.

Grateful for the support he has received, Mike has always been mindful to give back to his local community. His team supports several initiatives and holds an annual race day in Te Aroha which has raised over $100,000 for charity. Recipients include:

Finally, Mike is a family man who is proud to have raised three beautiful daughters who are all successful young adults. He is now following grandchildren through their schooling and sporting activities. Mike is well supported by his wife Annie who ensures he is always well presented. He is a supportive member of the Tahuna Lions Club and active in the Morrinsville Rugby & Sports Club.