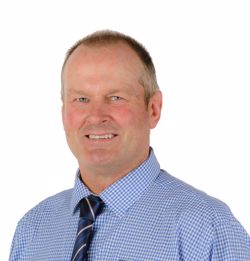 Pete is a former Director of Bayleys Ruapehu, Whanganui, Manawatu and Wairarapa. He has a Bachelor of Agricultural Science Degree and a Diploma in Real Estate, and has represented NZ Universities and Whanganui in Rugby.

Pete has marketed most trophy rural properties sold in the Rangitikei, and has been recognised as a leading Country agent in the Lower North Island. In 15 years with Bayleys, Pete has sold over $400 million of rural property and has regularly been in the top 10% of Bayleys agents.

In 2014 Pete sold Tanupara Station in Raetihi for $13.5 million, and Mangaohane Station in Taihape for a North Island record price of $24 million. In 2015 Pete was part of the team that successfully marketed the iconic Lochinver Station for a new New Zealand record price.

His trademark is his absolute determination to add value, and achieve the highest possible net return to his Vendors.