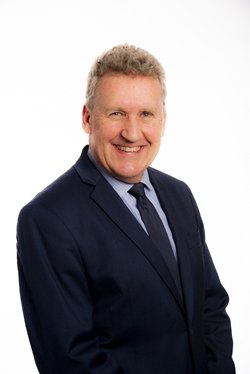 Rick began his career as a Real Estate Salesperson in 1996. He has been involved in selling primarily commercial Real Estate, leasing and selling industrial, retail and office premises. Though he has focused on commercial real estate he has also been involved in selling and leasing over 5500 acres of Fiji Islands. Including working for and assisting Mel Gibson in the purchase of Mago Island.

Rick Kermode was born and raised in Fiji, his father Sir Ron Kermode being the first elected Speaker of the House of Representatives when Fiji became independent in 1970, and later the Acting Chief Justice of Fiji. Members of the Kermode family were extensively involved in the development of the Fiji Tourist Industry.

Rick is well known in Fiji having represented Fiji as an athlete at two Commonwealth Games and two South Pacific Games.

Rick’s family background in Fiji combined with the respect that his family have earned gives him the credibility required to make a difference when marketing and selling Fiji properties - experience truly unique to the Industry.

Rick believes the key to his success has been due to his passion to deliver the best to his customers. Listening and assessing their needs and going the extra mile to ensure properties are tailored to meet these needs instead of fitting clients to existing listings. As quoted by one of Ricks clients - “A rare quality in this industry”. Combined with great work ethics and values, Rick has built a loyal client base and continues to expand and build his business both here in New Zealand and Fiji.