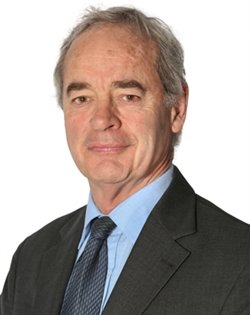 In 2002 Rollo shifted to Hawke’s Bay and joined the highly successful Bayleys Hawke’s Bay commercial and industrial team with a specific focus on development projects and investment sales.

Rollo Vavasour began his real estate career 35 years ago and has held management positions with several real estate companies working in Wellington, Auckland and Hawke’s Bay where he has remained for the last 13 years.

During his real estate career, Rollo has dealt with a substantial proportion of New Zealand’s commercial sector including many of the country’s major listed companies.

Rollo has settled in excess of $150 million worth of sales with Bayleys Coast to Coast with his largest sale being $20,000,000 (Napier Hospital) and his largest lease being $1,030,000 per annum rental (Fonterra).

This outstanding success has placed Rollo in an elite group of salespeople, achieving top commercial/industrial salesperson or overall salesperson of the year in all divisions for the last five consecutive years for Bayleys Coast to Coast Hawke’s Bay, Manawatu, Wanganui, Ohakune and Wairarapa.