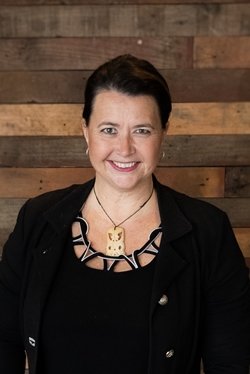 Bayleys Far North Manager and Chief Auctioneer, who is Sabine Davison? While renowned for her auctioneering prowess, leadership roles and extensive industry knowledge - behind the punchy title and valiant success is a simple formula. Excellence is chased, mediocrity despised while kindness is king. These timeless values sit across all of Sabine’s relationships, and form the backbone to her string of national achievements in the real estate and auction arena.

But for Sabine, doing well in the industry cannot be done without enthusiasm and respect. “It’s got to be driven by passion. In my early years it was sometimes tough going, with four young sons at home keeping life hectic. But real estate got in the blood and since the late 90s, the learning has never stopped. I’m lucky in this role to share experiences and tap into my extensive networks to help clients and the teams I lead. It’s important to expand knowledge – good enough is never enough, and that’s what I’ll always bring to the table – a hunger for outstanding results.”

For six years, from 2004 to 2010, Sabine managed real estate teams on Auckland’s North Shore and she’s a regular on the tutoring and mentoring circuit, running lectures for Massey University and workshops for Bayleys nationwide. In 2010, Sabine’s solution driven reputation as a top negotiator saw her land the coveted spot as Bayleys National Auctioneer where, among thousands of auctions, she was involved with TV3’s “The Block NZ” auctions for five seasons. In this role, Sabine also often travelled north to conduct auctions and sneak in a fishing trip or two - the area got under her skin.

When she was approached to manage the Bayleys Far North team and become Chief Auctioneer in 2017, the opportunity truly resonated. It brings together several threads of experience, from the start in selling residential/lifestyle homes in a small central North Island community, followed by a move into city based regional and then later national roles.  Combined together these introduce a unique skillset to help Sabine’s clients in achieving their ultimate outcome. And she’s been quick to connect! Community support fires Sabine, she’s already immersed herself locally with Bayleys chosen charity, ‘Make a Wish’ and is excited about continuing her philanthropic roles with Sustainable Coastlines, New Zealand Breast Cancer Foundation, Look Good/Feel Better and Hospice, to name a few.

Wearing two hats; Far North Manager and Chief Auctioneer, what can clients expect? Under Sabine’s watch, this group of far north salespeople will continue to seek out THE outstanding result for you, in a setting where growth and best practice are continually pursued. From a sales environment, vendor’s can expect no money left on the table. Client testimonials often report of Sabine’s “uncanny ability to achieve a result better than we thought imaginable”.

If this sounds like the benchmark for a sale at your place – give Sabine a call today.