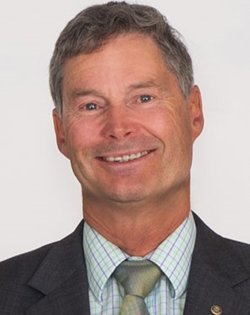 Stephen Lange has specialised in the Kapiti Coast-Porirua commercial and industrial property market for Bayleys Wellington for more than a decade and a large number of successful transactions concluded on behalf of clients have produced more than $300 million of sales and leases.

Since joining Bayleys in 2002 after an extensive sales and marketing career including three years as regional manager of a large financial services company, Stephen has consistently ranked among Bayleys’ top commercial agents in the country.

Stephen’s primary focus on the Kapiti Coast is from Pukerua Bay, through Paekakariki, Raumati, Paraparaumu, Waikanae, Otaki to Levin, areas which are among the fastest growing in New Zealand. He has been involved in a wide variety of investment transactions with forward-thinking clients who recognise the opportunities that are opening up as a result of this growth. He has also assisted businesses establish a presence on the Kapiti Coast, including obtaining expressions of interest from potential landlords and developers, then working with the clients to shortlist options and eventually negotiate a lease for them.

There are some exciting projects unfolding on the Kapiti Coast over the next few years which will benefit businesses and provide additional property investment opportunities. These include the development of the Paraparaumu Airport site and the adjoining Kapiti Landings business park, further development of Coastlands Shoppingtown, the new 100km Northern Corridor Expressway through the region, plus other developments in the pipeline.

In Porirua, Stephen has put packages together with developers to market two industrial subdivisions totalling 58 sections in the Porirua Basin, from sourcing the land to leasing or selling completed sections and buildings.

Stephen also regularly sources investment and vacant properties for clients with specific requirements utilising his extensive database and broad professional network. Repeat and referral dealings are the backbone to Stephen’s business given his comprehensive knowledge of the region and his track record across the full spectrum of property transactions.

Sales and leasing of commercial / industrial / retail on the Kapiti Coast and Porirua.