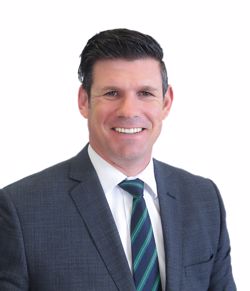 Stephen is the Bayleys Group Auctioneer for the Bay of Plenty, Waikato and Taranaki Regions. He began his Real Estate career at the beginning of 1998, and after more than 23 years in Real Estate Auctions he has excelled to be a leader in the Industry. He is also a Director and Shareholder of Realty Services Ltd, who own the 9 Bayleys offices under Success Realty Ltd. He is a proficient caller with a strong work ethic and a proven ability to negotiate between sellers and buyers.

Stephen has made a career of Real Estate – a hands-on manager, an auctioneer and a real estate trainer. He gets immense pleasure in helping vendors and his salespeople achieve their goals. Stephen has a breadth of knowledge in all real estate property types, working alongside teams of experienced super achievers. Bayleys focus is one of small teams with good quality people. Stephen has led offices across both the Bay of Plenty and Waikato. More recently as the Bayleys Waikato Regional Manager for 14 years, from 2004-2018.

Throughout his career Stephen has specialised in the Auction method of sale and formulating comprehensive marketing programmes to achieve fantastic results. He attributes Auction Marketing as key to his success, because it has a higher success rate than any other method of sale. To date Stephen has negotiated or called in excess of 7000 auctions, including in excess of 1000+ sales over $1 million dollars for a total sales value of over $3.7 billion. He has competed in the REINZ NZ Auctioneer Championships four times.

Stephen gives freely of his time to the community; particularly wielding the hammer at various charity or fundraising auctions every month. He attends many conferences and workshops every year in New Zealand and overseas to ensure he is kept up to date with the latest marketing tools and trends. Prior to Real Estate he completed a Bachelor of Management Studies at Waikato University.

Outside of work Stephen lives in Hamilton and enjoys quality time with his wife and partner of 27+ years Rachel Waldegrave and their four children, Hugo, Madeleine, Toby and Phoebe. They have family homes in Tauranga, Rotorua and Auckland, so know the Regions well. He tries to stay fit at the gym and actively participates in sports. He coaches rugby and cricket and is currently the Deputy Chairman of the Waikato Rugby Union and Past President of St Pauls Swimming Club and the Hamilton Old Boys Rugby Club.

“If you are thinking of making a move, please call me to discuss how a hands on Auctioneer will help you obtain a premium price for your property in this marketplace”