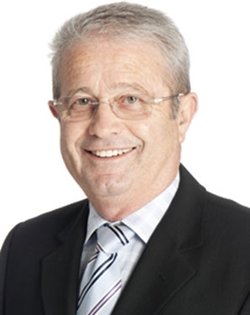 Steve has completed 36 years in the property industry, 27 of which have been with Bayleys.

During his 10 years as a salesperson he won the “Best Marketing Award” in two successive years and in 1992 was Bayleys “Salesperson of the Year”. He has been involved in a number of large sales and leasing transactions totalling in excess of $200 million.

In September 2012 Steve stepped down from this role to allow him to begin the move to the winterless north with Jude and to their new home at Snells Beach. Shortly after purchasing at Snells Beach the Managers role at Bayleys Rodney North became available and Steve took up this appointment in July 2013. With offices at Warkworth, Omaha & Mahurangi East. Rodney North falls under "Bayleys in the North" which have offices that extend from Orewa to Kerikeri. In September 2015 Steve retired from the Rodney North Management role and returned to project agency work. His sale of the ‘Matakana Pub’ in March 2016 won the “Best Marketing Campaign” for the year at Bayleys National Awards.