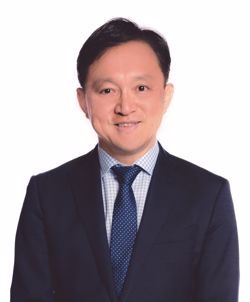 James Chan has been specialising in the sale of commercial property for nearly 30 years and is the first salesperson among Bayleys Real Estate’s nationwide commercial and industrial team to have achieved gross sales of more than $1 billion, placing him within an elite group of high achievers within the industry.

James is head of Bayleys’ Auckland-based international sales division, a team of multilingual salespeople specialising in servicing the property requirements of both offshore and local South East Asian investors.

James has been a top performing salesperson for many years, winning both Bayleys and the Real Estate Institute Salesperson of the Year (REINZ) awards on numerous occasions. Most recently, he was winner of Bayleys’ nationwide top auction agent award for 2011/2012; winner of Bayleys’ national top commercial and industrial salesperson award in 2011/2012 and runner up in 2012/2013; and runner up in REINZ national salesperson of the year award for 2011/2012. Bayleys Top Achievers status every years for the past 30 years.

Born in Hong Kong, James is fluent in Mandarin and Cantonese as well as English and says his “rich cultural base” gives him a point of difference in the marketplace. “I try to bridge the Kiwi and Asian way of thinking, acting as a mediator between the two. I always try and create an outcome that produces a win-win for vendors and buyers.”

In the time he has worked for Bayleys, James has built up a vast network of contacts both within New Zealand and throughout Asia. These not only include investors but also banks and financiers, lawyers, immigration consultants and other professionals. Due to "word of mouth" and as the result of numerous successful transactions over many years, James has built a level of trust and reputation which means clients personally seek out his advice.